Sea Watch Tours is the longest running eco-tour in New Brunswick, operating since 1969. Whale and sea bird tours are available, as well as puffin tours. Located on Grand Manan Island, in the Bay of Fundy, which has the highest tides in the world. The Bay of Fundy was a finalist in the “New Seven Wonders of the Natural World” and increased ferry service to Grand Manan, makes it more accessible. Captain Peter Wilcox, along with his wife, Kenda, own and operate Sea Watch Tours. He is a native Grand Mananer whose ancestors arrived from New England during the American Revolution. 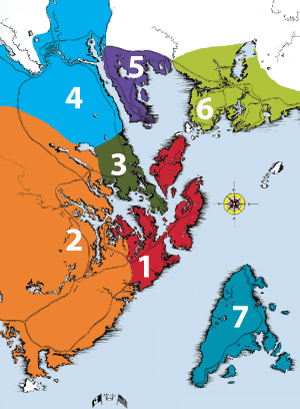