ADD EVENT (FREE)
BACK TO LISTING 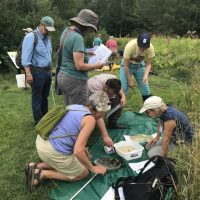 The mission of the Maine Master Naturalist Program is to train people to be volunteer naturalists who will enrich nature education in Maine. In a year-long course, MMNP teaches participants to volunteer for organizations around the state and inspire all kinds of audiences about Maine’s natural world.

Classes will be held at Washington County Community College. Register by November 15. Click here for more information and online application. 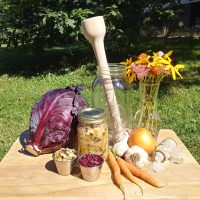 Downeast Lakes Land Trust is pleased to present a free Food Fermentation Class, led by Laura Brown of Pembroke. Participants will learn all the basics of food fermentation, it’s use as a healthy preservative, and will learn to make sauerkraut and kimchi. After the class, students can sample Laura’s finished products.

This class will be held at the Grand Lake Stream School Building, and participants should stay for the Wild Foods Potluck at 5 pm! For more information, please contact DLLT at (207) 796-2100, or email info@downeastlakes.org. 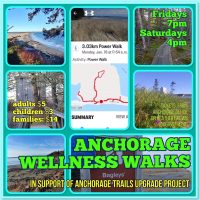 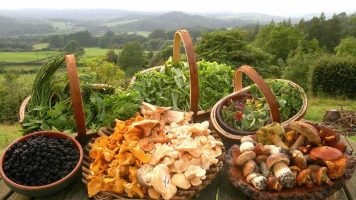 Calling all hunters, foragers, and gardeners! You are invited to join Downeast Lakes Land Trust this fall for a potluck event, celebrating all the wild food Maine has to offer. Bring a sharable dish featuring something you’ve hunted or harvested, and have a chance at winning one of our awards for best tasting or most creative dish. Join us on Friday, November 5th from 5-7 pm at the Grand Lake Stream School Building. For more information, please contact DLLT at (207) 796-2100, or email info@downeastlakes.org.

Food Fermentation 101! Arrive early at 3:30 pm for a Food Fermentation Class. Led by Laura Brown, learn how to make your own sauerkraut and kimchi, and sample some of Laura’s finished products! Comedian Lori Ferguson will be performing at the Punch Lines Comedy Club in St. John on November 5 and 6 at 8:00 pm!

Lori has been a professional stand-up comic for over 20 years. She began her love for comedy in 1988. A bit of a fairytale beginning…while working as a waitress, one of her regulars offered to sponsor her dream of stand- up comedy as a career. Soon after Lori was voted B.C.’s Funniest New Comic and four years later B.C.’s Funniest Woman. Lori has toured all over Canada and the United States, she has graced the stages of Yuk Yuk’s, The Improv, The Laugh Factory and the Comedy Store…just to mention a few. Lori has also made television appearances on CTV, CBC, WTN and The Comedy Network, as well as CBC Radio’s Madly Off In All Directions.
An act not to be missed!