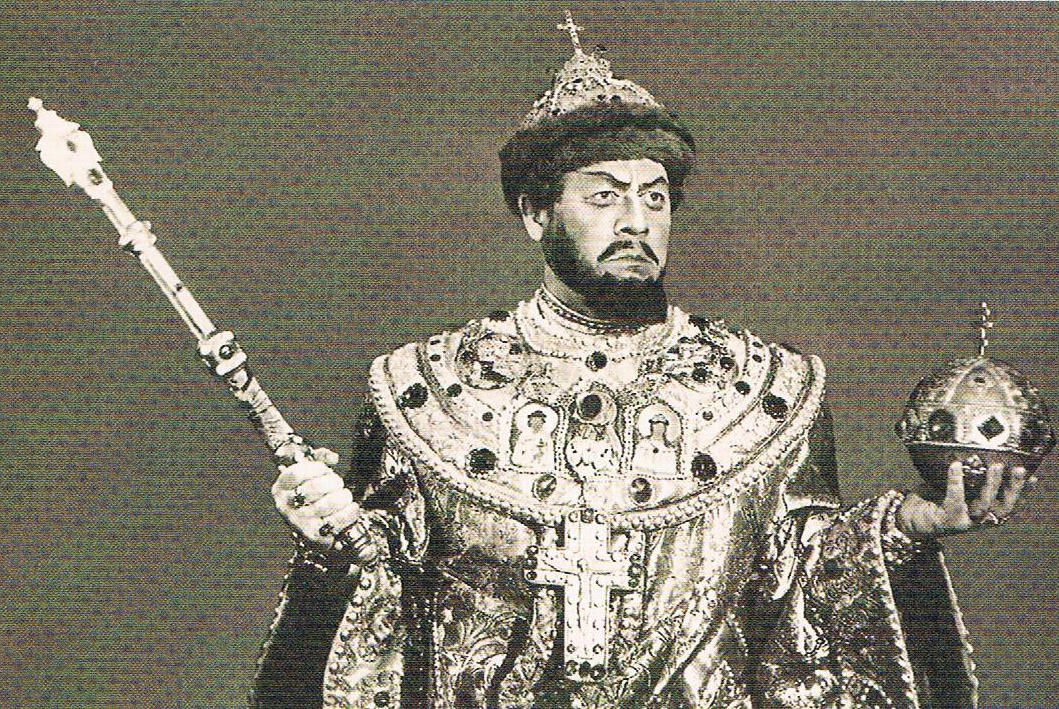 The Sunday Afternoons at the EAC series, a winter offering of informal and interactive programs every Sunday at 3 pm at Eastport Arts Center, concludes on May 12 with Mark DeVoto’s talk about Modest Mussorgsky’s 1874 opera, Boris Godunov.

“Boris Godunov isn’t the first Russian opera—Sarti’s The Return of Oleg (1790) had a libretto by Catherine the Great —but it’s the first opera of undeniable greatness, one that has always been popular and will always hold the stage,” notes presenter Mark DeVoto. “Its creative history has always had many ups and downs. But it’s got wonderful Russian history, psychology, politics, religion, comedy and tragedy rolled into one fine visual and musical spectacle, with great tunes, choruses, and characters.”

To cap off the talk and the series, at 7 pm the same day Northern Lights Film Society will screen the 1954 production of the opera by Moscow’s Bolshoi Theatre. “This isn’t filmed on the stage of an opera house,” notes DeVoto, “but on movie sets and outdoors, with a panoramic view of the historical scene, the courts of the Russian tsars and Polish kings, the cathedrals and processions, and the beleaguered Russian people.”

An annual Sunday afternoon series speaker, De Voto first visited Eastport in 1954 but has been a summer resident since 1985. A composer, pianist, organist, and writer, he has published extensively on 19th- and 20th-century music, and is professor of music, emeritus, at Tufts University.  He edited and expanded the 4th (1978) and 5th (1987) editions of a classic textbook, Harmony, by his teacher Walter Piston (1894-1976), a native of Rockland, Maine.

Sunday Afternoons at the EAC programs are held downstairs at the EAC. Hot drinks and refreshments are offered; donations are gratefully accepted. For more information, please visit https://eastportartscenter.org/constituent-groups/the-concert-series/. The Eastport Arts Center is at 36 Washington Street, Eastport, and is handicapped-accessible.