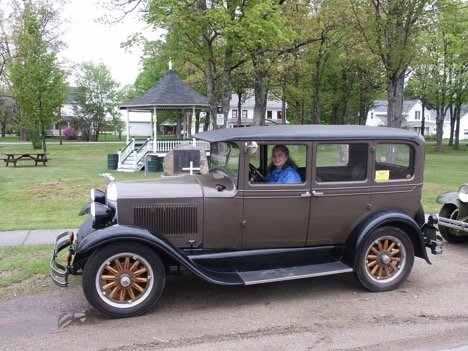 The Sunday Afternoons at the EAC series, a winter offering of informal and interactive programs every Sunday at 3 pm at Eastport Arts Center, continues with ‘Band Stands: the Untold Story’ by Barbara Merrill Fox, author of Lest We Forget—Band Stands of Maine. Digging into Maine’s band stand era, the Mount Desert Island-based historian explores an earlier time using pictures of Maine’s earliest band stands to show the evolution from Liberty poles to Band stands, bands and music, architectural styles, tourism, and private, personal memoirs of people who were interviewed for her book. “A century before Dick Clark’s American Bandstand. . . before bandstand became one word, hundreds of villages in Maine were gathering to show their patriotism,” said Fox. “Few of these band stands are left today, but they have historical stories to tell. Who built them and why? Who played the music that filled the happiest and saddest of times? What Presidents spoke in them? Why were they moved and discarded?”

“Band stands … should be sought out today, with as much enthusiasm as lighthouses, covered bridges, and railroad depots,” said Fox in a book review by Catherine J.S. Lee for this paper. “[Band stands] were Maine’s outward and visible sign of community togetherness after the Civil War.”

The “band stand era” when over 150 were built in Maine stretched from the end of the Civil War in 1865 to the official declaration of Armistice Day in 1938, noted Lee in her review, and quoted Fox again on this simpler time: “On a warm summer night, after a day’s hard work, families could relax among friends, young folks could court, and groups could picnic together around the band stand. Factory girls could show off their new dresses, tourists could bask in the delight of a vacation, and farmers come to town could wonder at the smartly attired brass band playing march music.”
Fox spent 32 years in the travel business and visited 54 countries; served 15 years on the Board of the Arcady Music Festival, 9 years on the Seal Cove Auto Museum Board; and is a National Historian for Vintage Motor Car Club of American (VMCCA). She and her husband, Dick, traveled around Maine in their 1928 Studebaker to track the history of Maine band stands.