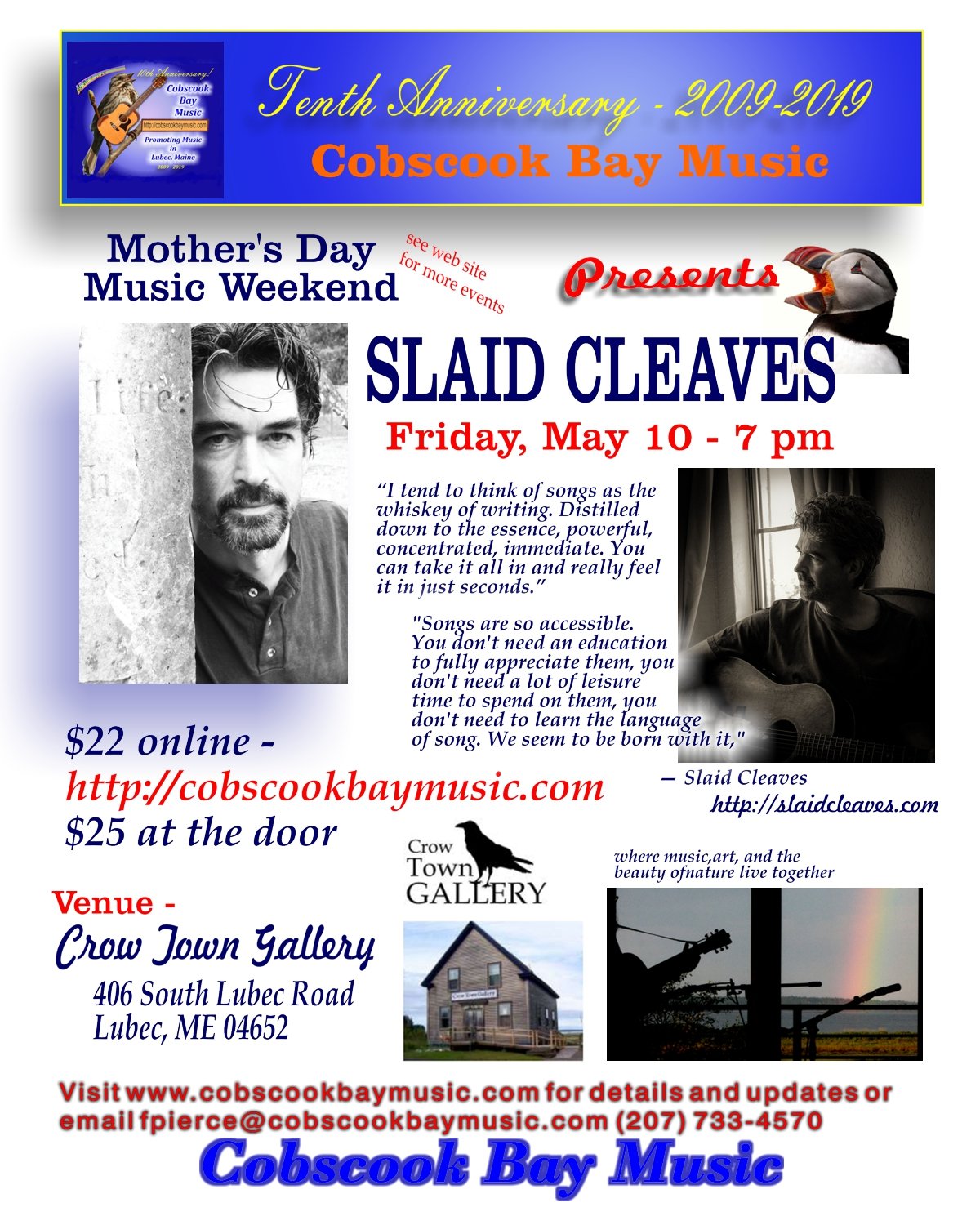 This will be Slaid Cleaves first ever performance in Washington County. Based in Austin, Texas but having grown up in Maine, Slaid Cleaves is a well-known name here and an exciting addition to Cobscook Bay Music’s 10th anniversary concert series. Cleaves will appear on Friday, May 10th, helping to celebrate “Mother’s Day Music Weekend.” Other featured artists are Scott Ainslie May 12th and “the Rough & Tumble” on May 14th (extended MDMW house concert).

“Described as “terse, clear and heartfelt” (NPR Fresh Air), his songs speak to timeless truths. ‘I’m not an innovator. I’m more of a keeper of the flame,’ he says.”

Seating is limited in the beautiful setting of art and nature that is the Crow Town Gallery, so reservations are highly recommended. Visit http://cobscookbaymusic.com for discounted advance tickets and information.