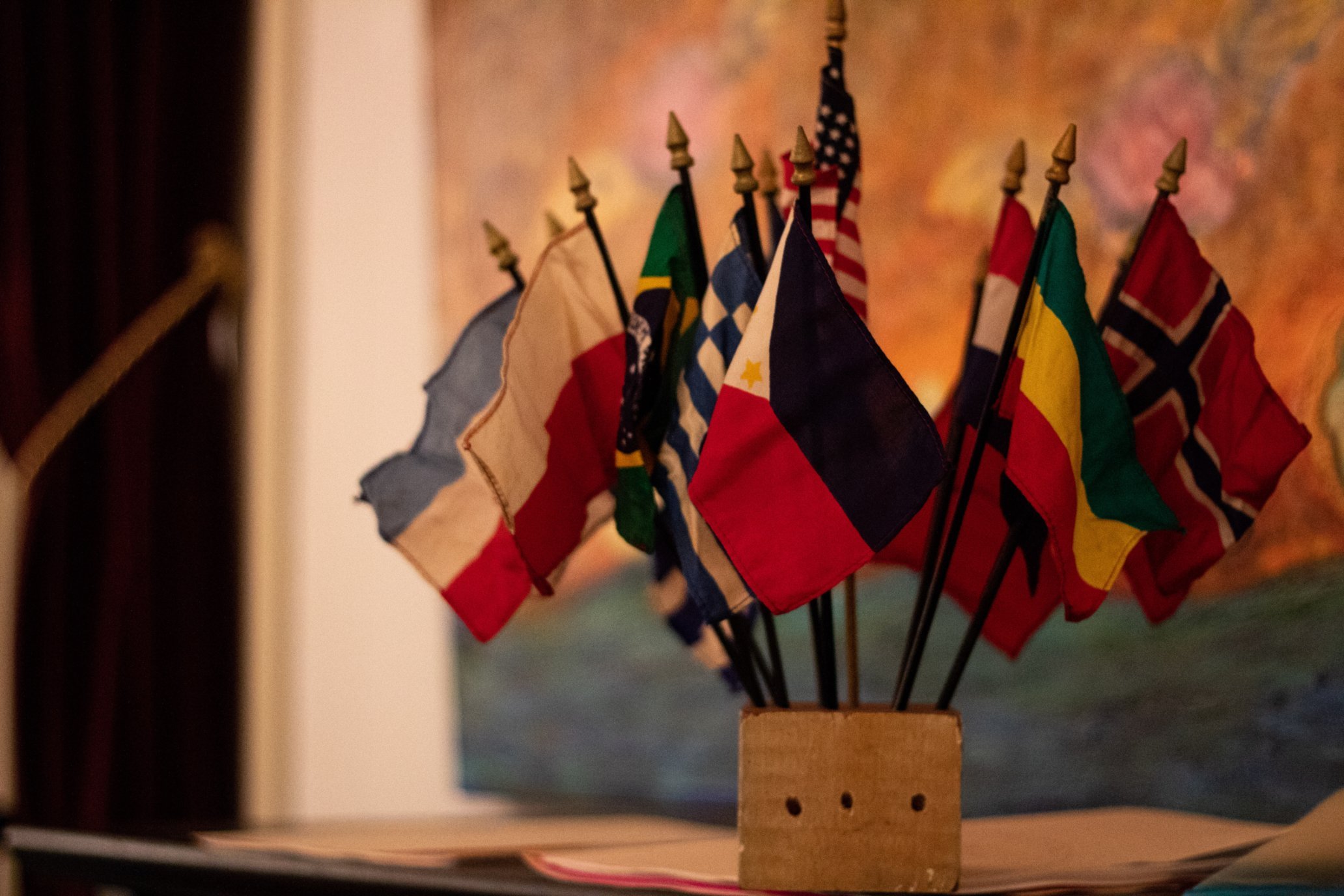 Eastport Arts Center’s annual International Dinner, a tradition of more than twenty years, will be held on Saturday, February 15 at 6 pm. The candle-lit buffet is made possible by the contributions of many enthusiastic cooks, who create dozens of tempting ethnic dishes. With flags from around the globe making the center bright and gay, the feast is a great way to reconnect with friends in spite of winter’s chill, with toe-tapping tunes by Keltic Schmeltic and dances by EAC’s International Dance group adding to the festive atmosphere. As well as a social highlight of the season, the event is an important fundraiser for the center’s extensive slate of year-round programming.

Some past highlights of the prodigious buffet have been Rice Adamiatifi, an African specialty by Nancy Asante; tempting English trifle by Joyce Weber; Czechoslovakian fare by Jenny and Woody Gillies; Indian dishes by Lora Whelan and Edward French; Mexican cuisine by Claudia Jones; Turkish Circassian Chicken by Cathy Moroz; and impressive bread sculpture by Lee Suta. Last year’s dinner included a cheesecake made by Mary Szwec from a recipe dating back to Ancient Greece, where it was served at the first Olympic Games in 776 BC because of being a great source of energy for the athletes. Athletic area snow-shovelers also found it a rejuvenating repast!

Please reserve your seats by February 12 by emailing Chris Grannis at chris@eastportartscenter.org or calling her at 853-4650; please specify whether you’ll be bringing a dish, what your dish is called and its ethnic origin. Each dish will be labeled with the preparer’s name and that of the dish. Breads, soups, salads and appetizers, as well as entrees and desserts, are welcome. Attendees who bring an ethnic dish pay $10 for a seat; those who are just interested in eating can skip the cooking part and pay $20/seat. Attendees 10 and under will be admitted free of charge (though they too are welcome to get involved with the cooking projects).

Dinner attendees are encouraged to make a night of it, starting with the special meal, then heading over to Shead High School Theatre for Stage East’s presentation of Dear Elizabeth, a Magnificent Liars production starring Jenie M. Smith and Brian Schuth, directed by Mark Macey and produced by Anne Moody. The play will have a special late start time of 8 pm on the night of the dinner to allow community members to do both.

The Eastport Arts Center is at 36 Washington Street, Eastport, and eastportartscenter.org, and is handicapped-accessible.